This is a little bit of a collective and eclectic haul. I bought a few things at the drugstore over the last week or two and I also had a semi planned (but mostly spontaneous) shopping spree this afternoon.

I had a surprise Kung Fu class last night after another few weeks off and I had to stop by CVS for nail clippers because you just can’t punch someone if you have long nails. You will regret it very much. So $25.00 later…

I hadn’t been in CVS in a while and they’ve started carrying e.l.f.! Kind of cool because it isn’t carried anywhere else in my town.

I snagged some hand sanitizer to keep in my truck because people do disgusting things sometimes and I just would rather not have the remnants of said things on my hands thank you very much.

Man, this is going to be a chatty post.

I also picked up the Prism Eyeshadow palette in Sunset. I had been lusting after this for a while but it’s always out of stock at the nearest Target. I don’t know why I was dying to buy this, I have a very bad relationship with elf eyeshadow (love lots of other products from elf, just not their eyeshadow). I did use this today and it wasn’t horrible, but it wasn’t amazing either. I’ll do a review with swatches eventually. Maybe. If I do not forget. 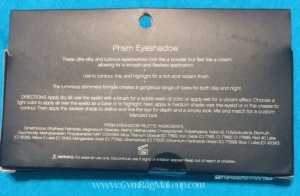 And I got a pair of nail clippers. O_O.

Then today I went to a neighboring town to visit the best shoe shop for new running shoes and I also stopped at the mall for a few things.

My Barnes and Noble card just automatically renewed yesterday and I almost never go to Barnes and Noble so I felt compelled to stop and pick up a new book. I’ve never heard of this author (This may actually be a debut book) but this book sounded like a nice light, summer read that was a bit different from my normal literary fare. 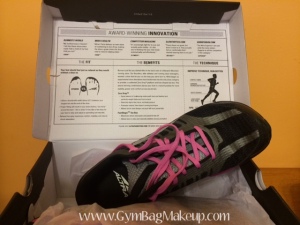 I like to go to a family owned shoe shop in a neighboring town because the folks that work there are just fantastic. They ask you to bring in your last pair of running shoes so they can evaluate how you wear them out and they have you walk around and run around so they can evaluate your gait (OR so they can silently mock you…I’m not sure…that’s what I would do but sometimes I’m not very nice). Anyway, after trying many different shoes and even trying men’s shoes, the nice gal at the shop recommended that I try this brand because they have a rounded toe. One of the things that usually drives me nuts when I’m running is that my little toe starts feeling really crunched and cramped. So if you have a similar issue, maybe check this brand out! They’re called Altra. 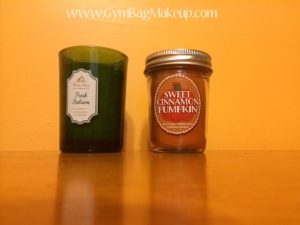 I have a love hate relationship with Bath and Body Works. I really love some of their candles though and it’s that time of year where all the pumpkin things start making an appearance. I know lots of people HATE the pumpkin invasion but I for one welcome our new orange over gourds.

Obviously I snagged a bunch of pocket bacs because I’m very concerned about germs this week. I’m not normally but this week I am apparently obsessed. Actually, I just couldn’t resist the Vampire Blood and Halloween scent (what does Halloween smell like even?!) and then they caught me in their stupid buy five for the price of three deals. DANG YOU BATH AND BODY WORKS!

Also candles. I love pine scented anything (not so much the Pinesol pine although I don’t hate that, but the actual pine tree scent…I want everything to smell like that) and it was buy one get on 1/2 off so I got a back up of my beloved Cinnamon Pumpkin scent. I don’t really burn candles all that often (especially right now because it is 90 degrees at night still and 1000% humidity. That’s right, it’s more humid than the ocean.) but I always want to buy them. It’s weird right?

And makeup! You know I wouldn’t leave you hanging on the makeup front. 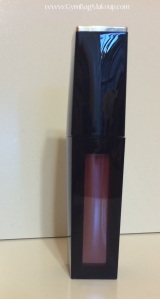 I picked up the new Estee Lauder liquid lip color in True Liar. I wore this out of Dillard’s and no joke, two people complimented my lip color. It’s really beautiful! I only wore it for about an hour so I can’t give any more of a review but it was comfortable while I had it on.

Just a heads up, but the end times are surely upon us. Sephora had Lolita in stock in both the liquid lipstick AND the standard lipstick format! I know right?!

This was the only truly impulse purchase in the makeup category. I had the other two lip colors on my wishlist at least but I just couldn’t walk away from this shade (Plum from the Frozen Berries collection). It’s so pretty! There’s an oxblood shade that looked amazing as well but I couldn’t justify a double impulse purchase at this price point ($24.00)

At some point last week I FINALLY tracked down the new Essie collection for fall. I’ve been wanting the Leggy Legend shade (what kind of name is that? What does it mean?! I’m so confused) since I first saw it swatched but haven’t been able to track it down. Frock n’Roll (the blackish shade) doesn’t look as unique now as it did in the store but I’m a sucker for shimmery black shades so I don’t even mind too much.

So as you can see, I’ve done some damage in the shopping department recently! I have several things on the way to me from online purchases (Haus of Gloi, Shiro…there was a sale ok! and ILNP nail polish) but I think I’m going back on a no-buy/low-buy for the rest of the month. That’s a hard thing to pull off this time of year for me because I’m such a sucker for all of the spooky Halloween stuff and all of the fall things! And then all of the Christmas glittery things! We’ll see how it goes.

So what have you been hauling lately? Anything you particularly loved or hated? Do you want to know more about anything in this post? Just let me know if you do! Also, do you ever do low buys or no buys? Let’s talk about it!