This is a little bit late I suppose but I strongly suspect that you’re used to that sort of behaviour on this blog. It’s part of the charm that is Gym Bag Makeup!

I actually love the theme of this month’s Notoriously Morbid Vanishing Cabinet Subscription; Charmed. Charmed is still a guilty pleasure show for me. Plus at this point, I really love the flashback fashion aspect of it. Crop tops and platforms baby! 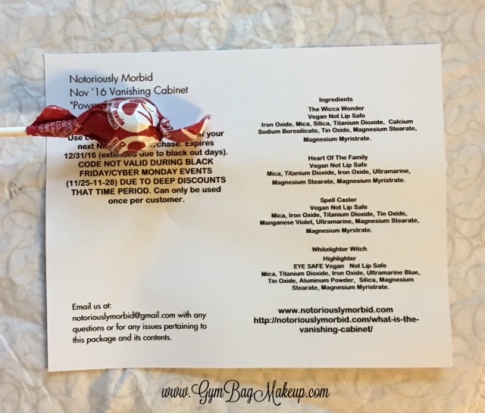 This month was actually a big month on the VC subscription. We have three eyeshadows, and a highlighting powder as well as the missing lip gloss from October.

I apologize ahead of time for the sloppy swatches. I tried something new and don’t think I’ll be trying it again.

All swatches were patted on with a rather full shader brush and blended out on the edges. 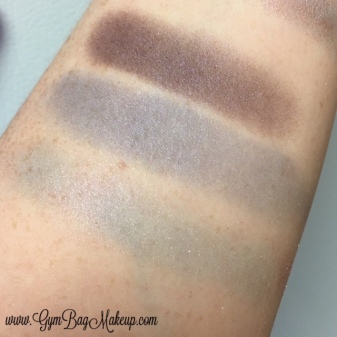 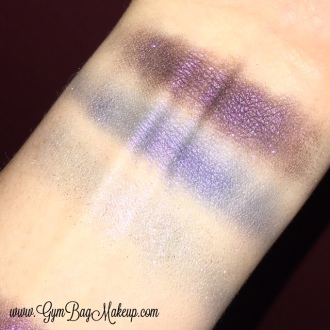 Over Smashbox primer (with flash) 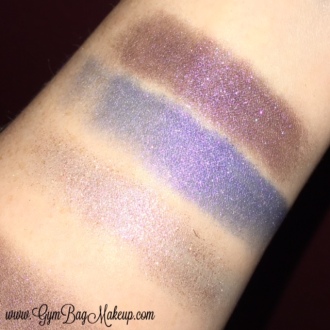 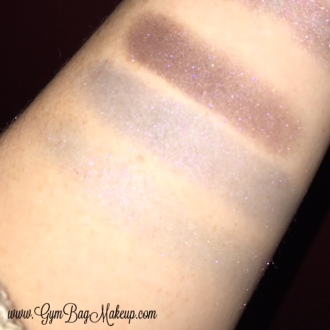 Over bare skin (with flash) 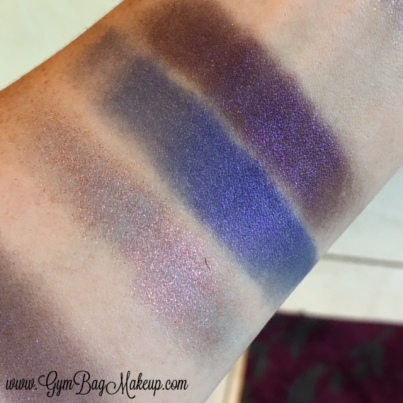 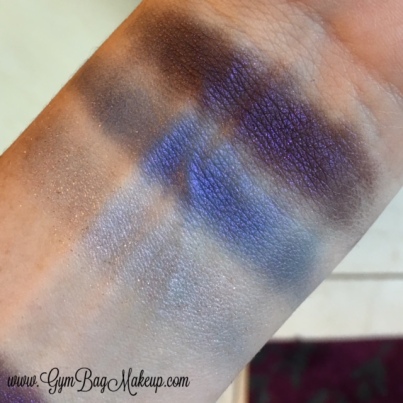 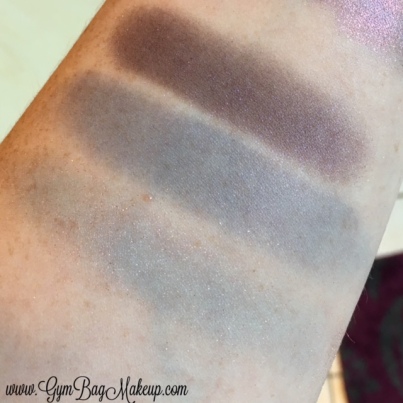 The Wicca Wonder on the outer corner and foiled as liner, Spell Caster on the lower lash line, Heart of the Family on the lid and Whitelighter Witch on the inner corner.

I was really surprised at how much I liked The Wicca Wonder (darker purple) and Spell Caster (more blue based purple). I initially thought that they were going to be too blackened for me but they’re actually really wearable lovely colors. I have still only done one look with them but I’m excited to play with them a bit more this coming week. Heart of the Family is a gorgeous cool duochrome that is safe AND edgy all at the same time.

Swatch on the right is a very heavy finger swatch and the swatch on the left is applied with my highlight brush and built up a fair bit. 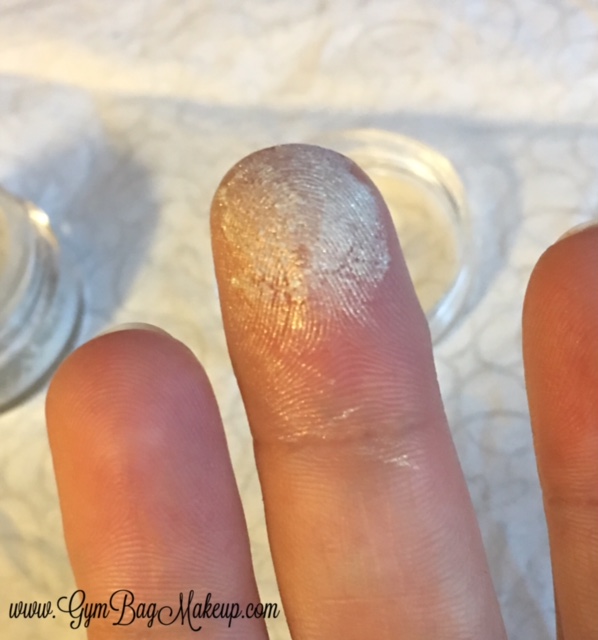 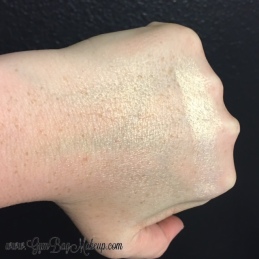 Whitelighter Witch looks straight up silver in the jar but it’s a golden champagne highlight. It’s really pretty but not dissimilar to a lot of other highlighters that I have. I have to admit that I was secretly hoping for a gold/silver duochrome as impractical as that may have been. This is lovely though! 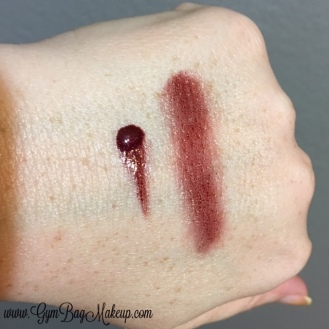 A single layer of gloss.

“You’ll Need A Mop” was supposed to be in Octobers Vanishing Cabinet but something went awry and it was sent this month instead. In theory this is a gorgeous gloss. Kind of plummy red with blue and silver shimmers in it. It swatches beautifully! But I can’t actually get an even layer of gloss, even fiddling with it. It immediately won’t apply to the inner part of my lip and then it really only lasts a few minutes and it’s gone. Sad! So I likely won’t be wearing this product.

Overall I actually enjoyed this Vanishing Cabinet more than the last two. With the exception of the gloss all of these shades are shades that I’ll actually wear and get a good amount of use out of.

I think I’ll commit to staying with this subscription through January and then I’ll re-evaluate and see if it’s something I’m still enjoying. I have to say that the novelty of getting surprise goodies in the mail is definitely the best part of a subscription. The products are good, they’re fun, but mostly, I just like the surprise aspect.

If you’re interested in signing up for the Vanishing Cabinet you can request to be added to the wait list on the Notoriously Morbid website. As of November 28th, you can purchase a one time order for this month’s subscription if something in this “box” really tickled your fancy.